Teaching Kids to Be Brave: Explaining What Courage Is

For kids and teens, one of the most important things for them to know is that courage doesn’t always feel like courage. From the outside, courage often looks impressive and powerful and self-assured. Sometimes it might look reckless or thrilling. From the inside though, it can feel frightening and unpredictable. It can feel like anxiety, or fear, or rolling self-doubt. 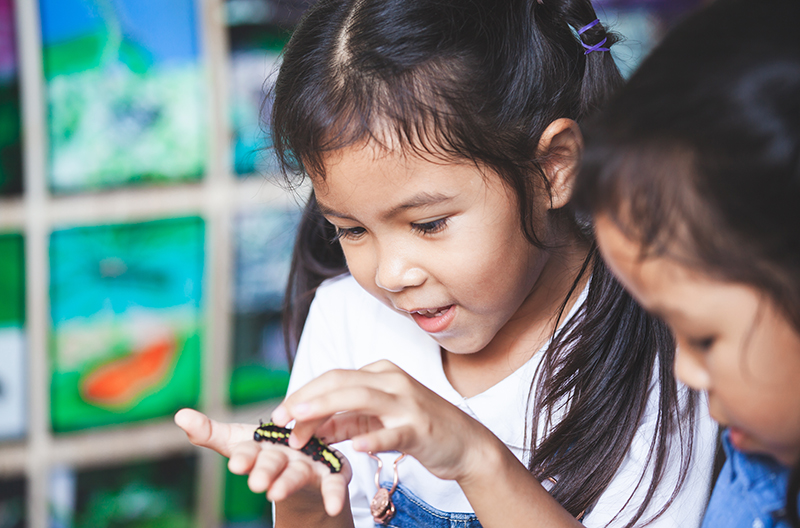 Courage can be a trickster like that – it often looks different from the outside to the way you would expect it to feel on the inside. This is because courage and fear always exist together. It can’t be any other way. If there is no fear, there is no need for courage.

There’s something else that kids need to know about courage, you don’t always see the effects of it straight away. Courage might mean being kind to the new kid in class, trying something new, speaking up for something they believe in. Often, these things don’t come with fireworks or applause. The differences they make can take time to reveal, but when actions are driven by courage, the differences those actions make will always be there, gently taking shape and changing their very important corners of the world in some way.

How to Build Courage in Kids.

We all want to feel safe. It’s so smooth and un-splintered and unlikely to scrape you or embarrass you or leave you with bruises. Sometimes, ‘safe and certain’ might be the perfect place for our kids to be, but so much growth and the things that will enrich them will happen when they let go of the handrail, even if just for seconds at a time. Here are some ways to nurture their brave:

Speak of their brave as though they’re already there

Kids and teens step up to expectations or down to them.
Speak to the courage that is coming to life inside them, as though they are already there. ‘I know how brave you are.’ ‘I love that you make hard decisions sometimes, even when it would be easier to do the other thing.’ ‘You might not feel brave, but I know what it means to you to be doing this. Trust me – you are one of the bravest people I know.’

Give permission for imperfection

Failure and rejection are often a sign that you’ve done something brave. Every experience gives new information and new wisdom that wouldn’t have been there before. It’s why only the brave ones get there in the end – they have the knowledge, wisdom, and experience that can often only be found when you land badly – sometimes more than once. Give them space for imperfection – it’s a growth staple.

Let them know that it’s okay to hang on while they’re getting comfortable – while they’re working on a plan, fanning the brave spark inside them (and it’s always inside them), but then there will be a time to let go. When this time comes, it won’t always feel like readiness or certainty. That’s what makes it brave. And a little bit magical. 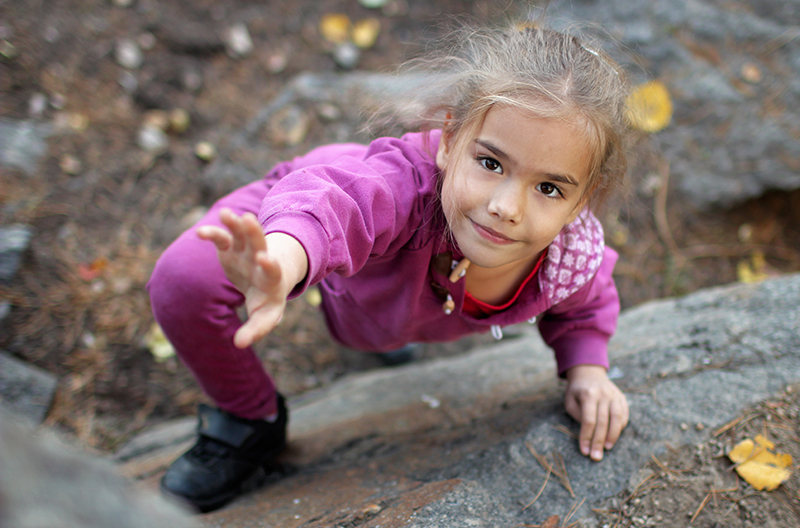 Give them space for courage of thought

Courage isn’t only about pushing against their own edges. Sometimes it’s about pushing against the friends who might steer them off track, the limiting expectations of others, the media, the majority, the world. Too many times, creative, change-making, beautifully open minds have been shut down in the name of compliance. There is nothing wrong with questioning – it opens hearts, minds, and mouths – what’s important is that the questioning is done respectfully. One of the reasons the world is capable of great things is because young minds who are brave enough to challenge the way things are and to want something better grow into adults minds who make it happen. Ask for their opinions and let them know they can disagree with yours. Some of the world’s very ideas have often started with small ideas that made no sense at all at the time.

And when the motive is brave but the behaviour is, let’s say, ‘unadorable’

Sometimes brave behaviour gets shadowed by behaviour that is a little scuffed. When this happens, support the brave voice or intent, but redirect the behaviour. ‘I love that you speak up for what you feel is right. It takes guts to do that. We won’t get anywhere though if you keep shouting.’

Intuition is not magic and it’s not hocus pocus. It’s the lifetime of memories, experiences, and learnings that sit somewhere in all of us, just outside of our awareness. Gut feelings and heart whispers all come from tapping into this pool of hidden wisdom. Scientists in Switzerland have found the physical basis of ‘gut feelings’. The innate fear response, or the feeling that something isn’t right, is heavily influenced by messages sent along the vagus nerve from the stomach to the brain. The vagus nerve is the longest of twelve pairs of nerves that leave the brain. It sends messages from the belly to the brain, touching the heart along the way. When the vagus nerve is cut, the loss of signals from the belly changes the production of certain neurotransmitters in the brain. (Neurotransmitters help to transmit messages between brain cells. Everything we do depends on these messages flowing properly.) The hard part – and the part that can take a lot of courage – is acting on gut feelings or intuition and doing what feels right, regardless of the noise that tells us to do otherwise. Encourage them to take notice of when something feels right or wrong for them. Sometimes this means giving them permission to let go of needing to justify or explain the reason they feel the way they do. ‘When you are still and quiet, what does your heart tell you?’ ‘Do you have a feeling about what you should do? Sometimes those feelings come from the part of you that knows what’s best. Taking notice of them can be really valuable.’

Self-talk is one of the biggest ways we stop ourselves from venturing outside of our limits. Self-talk can be automatic and barely noticeable, but so limiting. They are the ‘can’ts’, ‘shoulds’ ‘shouldn’ts‘, and ‘what-ifs’. They can be persuasive little ponies that put courage in a box for a while. Let your kiddos know that however scared they might feel, or whatever they might be telling themselves about how much they ‘can’t’, they will always be braver than they think they are. Brave can be a thought, a feeling, or an action. They can do brave even if you don’t think it or feel it. If they don’t feel brave enough or believe they are brave enough, they just have to act as though they are. Their bodies and their brains won’t know the difference. Brave is brave, however much fear and self-doubt is behind it. 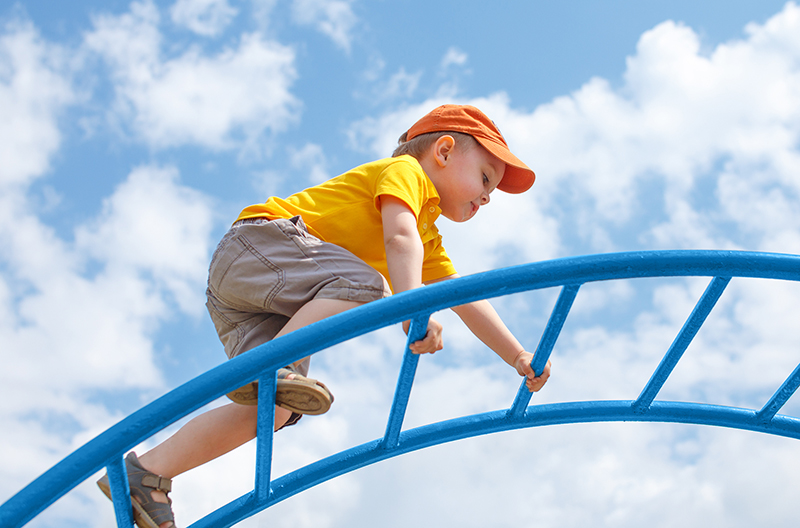 It’s never too late to change … anything

Let them know that it’s never too late to change direction, change friends, or change their mind.

It’s so easy for courage to turn cold when a decision or choice feels final. All experiences bring new wisdom, and if that new wisdom means the decision stops feeling right, that’s okay. There will a plan B, a back door, a way out or a way back up. But first comes the brave decision to start.

The outcome doesn’t matter as much as the process

When they feel the need to play it safe, they are focusing on the ending, or the need to avoid failure. Whenever you can, encourage them to shift their focus to the process – the decisions they make, the actions they take, and the courage that drives all of it. Many kids (and adults) are held back from brave behaviour because of the fear of failure, but what if the goal is courage. It’s always important to be considered when being brave – sometimes brave decisions and silly ones can look the same – but if the process has been thought about and the consequences considered, let the courage to have a go be more important than any outcome. They will always get over a disappointment, but any time they take the opportunity to be brave, they are strengthening a quality that will strengthen and lift them from the inside out.

Encourage their sense of adventure

And let them see yours. It is in the adventure that we learn new ways of being, thinking and doing. Whether it’s taking a different turn, trying a different food, going something they’ve never been before, it’s all part of discovering their own capacity to cope with unpredictability and their own resourcefulness – and that is the fuel of the brave.

Let them celebrate their courage regularly

Introduce a weekly family ritual – maybe around the dinner table – where everyone shares something brave they did this week. This is an opportunity to show them that courage comes in many different shapes and sizes and that even adults struggle with being brave sometimes. It’s a way to prime them for taking risks and doing things that they might not otherwise do – even if it’s just to be able to tell you about it.

Brave is about doing what’s right for them

Sometimes courage is about doing the scary thing, and sometimes it’s about doing the right thing. Let’s say a bunch of friends is going to watch a scary movie. It’s easy for kids to think the brave thing is watching the movie, but if it doesn’t feel right to be watching it, the brave thing is actually saying ‘no’. Saying ‘no’ to something that doesn’t feel right is one of the bravest things we humans can do. There are three clues that can help them wade through the noise and find the right thing to do:
• Will it break an important rule or is it against the law?
• Will it hurt someone?
• Does it feel right for you?

Deciding whether something is right or wrong is the first step. The next part – which is the tricky part – is finding a safe out. It’s not always easy saying ‘no’, which is why this is where courage happens.

Give them some options to try. These might involve leaving, suggesting something else to do instead, blame a parent (my mum/dad said I couldn’t. There’s no way I’m getting myself into trouble today. Nup’), make a joke (‘out of all the ways to get grounded, that’s not a way that’s worth the trouble’).

They might also believe that courage comes in the way of grand, big gestures, super heroic feats, or actions of dragon slayers. The truth is, our children are slaying their own dragons, every day. They’re heroes, every one of them. The key is helping them realise it so they can use it to push through their edges when they feel small, scared, confused, or unseen. Because one of the most important parts of being brave is knowing that somewhere inside of you, ‘brave’ will be there when you need it, whether you feel it or not.