Here's why screens bring out the worst in your kid

If you notice behaviour problems when your kid spends a lot of time on screens, you’re not alone. Here's why this is happening.

Letting her five-year-old son Lucas use the iPad in the morning seemed like a great idea at first, says Medicine Hat, Alta., mum Ashley Heinl. To reward him for getting ready quickly - and to encourage more of that type of behaviour - she’d let him play a game or watch a show for a few minutes before heading out to school.

"It became really tough to get out the door because he was irritable when he had to turn off the tablet,” says Heinl. “The listening absolutely went downhill."

She tried giving Lucas countdown-style warnings to get off the screen but despite her efforts, "He was just very focused on the iPad," she says. Not willing to compete with a screen for her son’s attention, Heinl cut him off, cold turkey, nearly a month into her experiment. 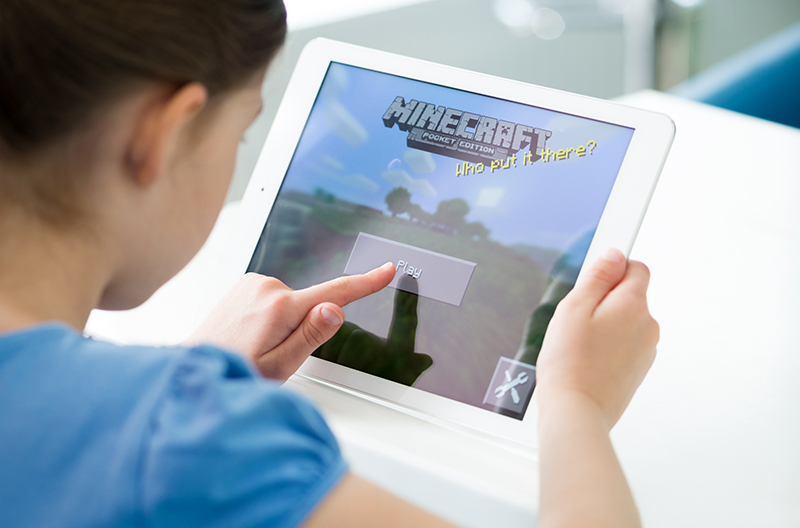 Heinl is not alone in linking screen time to problematic behaviour in kids. A study by researchers at the University of Alberta published in April found that five-year-olds who spent two or more hours a day on a screen were five times more likely to be reported by their parents as exhibiting symptoms of ADHD when compared to their peers who were on screens for 30 minutes or less. Piushkumar Mandhane, an associate professor of paediatrics at the University of Alberta who led the study, is quick to clarify that, “Screen time doesn’t cause ADHD.” Instead, parents of screen time-heavy kids were more likely to label their children as hyperactive and inattentive, behaviours commonly associated with ADHD.

Another paper, published in the journal Paediatrics in August, found a similar link: researchers at the CHEO Research Institute in Ottawa found kids who use screens more than recommended (and who do not sleep enough) were more likely to act impulsively and make poorer decisions.

Sheri Madigan, an assistant professor of psychology at the University of Calgary and the Canada Research Chair in Determinants of Child Development has also studied screen time. Although her work is mostly focused on how it affects childhood development, not behaviours, her team commonly heard from parents about how difficult it is to get their children off a screen without a fight. In Facebook groups and mommy circles parents report tantrums, whining and general bad attitudes related to their kids’ time on screens. Screen time can even seem to trigger aggressive behaviour - Heinl had to shelf the video game system that she bought for Lucas to share with his four-year-old brother Eric after one too many physical altercations resulted from its use.

While screens can be beneficial teaching tools that have been linked to fostering everything from empathy to literacy and problem-solving skills-and there’s no denying that they’ve made long-distance travel a whole lot more bearable-their growing presence means parenting around them has become increasingly challenging. What is it about screens that’s bringing out the worst in our kids?

The link between screens and behaviour

The exciting nature of screen time can trigger the release of dopamine, a feel-good neurotransmitter that makes us associate screens with pleasure and therefore something we want to spend more time with. And while pretty much all screen content is intended to capture your attention, some products, like video games, with their impressive graphics and reward-based stories, appeal much more to that dopamine rush. "When the game stops, so does dopamine release and for some individuals this can result in irritability," explains Tom Warshawski, a Kelowna-based paediatrician and chair of the Childhood Obesity Foundation.

Time spent in front of a screen is also time your kids are not spending engaged in other activities, many of which minimise behaviour problems. For example, Mandhane’s research found a correlation between amount of screen time and sleep - kids who watched more than two hours of TV a day were 64 percent less likely to get the recommended 10 hours of sleep compared to those who were on a screen for 30 minutes or less. It’s no secret that lack of sleep can lead to tired, cranky kids who are more likely to exhibit undesirable behaviour.

Also losing time to tech is exercise says Warshawski, and while that can lead to some obvious physical health concerns, it can also impact behaviour. "Exercising outside is a really good way to preserve mental health, decrease anxiety and lift the mood," he say.

When screens displace other activities and interactions it can also increase the potential for "missed opportunities." For example, too much time on the tablet, a generally solitary activity, may result in a kid missing out on valuable caregiver interactions that model and teach emotional regulation. Without those skills, a child might be quicker to anger, become frustrated or shut down.

Increasingly, screens aren’t just something parents have to worry about at home or when visiting a friend’s house - we now find screens everywhere from doctor’s offices to museums. And it’s easier than ever to give a whiny kid your phone so that you can finish that restaurant meal or shopping trip in peace.

All of this adds up to screen time exposure that parents should be tracking, adding another task to your already busy life. It also means you may find yourself pulling your kid away from a screen multiple times in a day, setting the stage for a meltdown.

Due to their still-developing brains, transitioning away from almost any activity can be difficult for many children, particularly toddlers and preschoolers whose sense of self and desire for autonomy is rapidly developing. When that activity is as fun and exciting as screen time, that change can be extra-hard, explains Madigan, especially if it seems to the child that the transition is coming from nowhere. "If you just suddenly shut the TV off, you’re more likely to get some kind of behavioural protest," she says.

As well, "The higher cognitive skills, the ones that tell us, ‘Oh I’ve watched enough, I should turn it off,’ just aren’t there in young children," says Warshawski, who explains that those important self-regulation skills generally only start to develop between ages eight and 13, with some kids struggling with them through their teens. 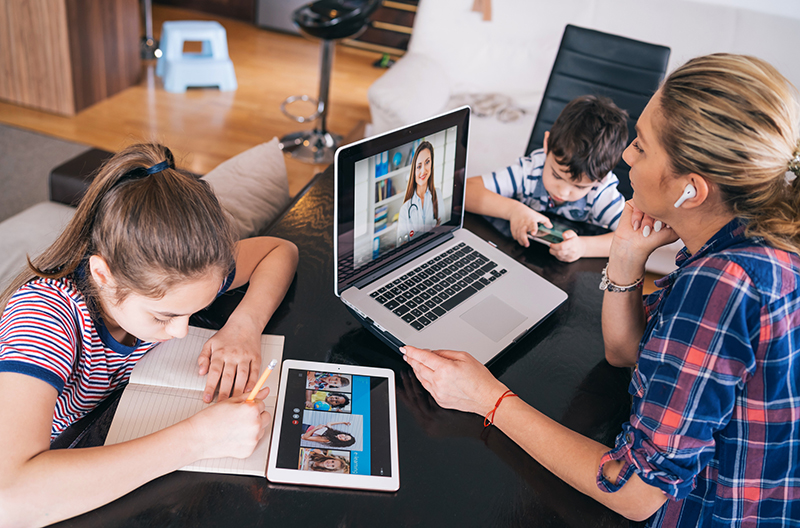 What can a parent do?

It’s hard to know how to handle screen time in your home, when even expert bodies can’t agree on what an appropriate amount of screen time is. Earlier this year, Britain’s Royal College of Paediatrics and Child Health released guidelines on screen time for the first time, but left limits largely up to families, stating "evidence is weak for a threshold to guide children and parents to the appropriate level of screen time." To arrive at this conclusion, the society analysed the abstracts of 940 different studies that focused on the impact of screen time on kids’ mental and physical health.

In contrast, the World Health Organisation’s review of dozens of screen time studies led it to announce in April its own guidelines of zero hours for kids under two and one hour or less for kids two to four. This advice is similar to that given by the Canadian Paediatric Society, with recommendations of one hour maximum for kids two to five and zero hours for those under two. This recommendation is endorsed by all of the experts we spoke with.

Warshawski recently saw a five-year-old boy whose tantrums and anger issues seemed to be linked to his heavy consumption of video games and YouTube. Eventually, his parents cut off the internet to the house, "There were no screens for anyone," he says. There was however, an “almost 180-degree improvement in behaviour because the child’s energy and thoughts and pattern were channelled into socialisation.”

While that was a fairly drastic move, for many families, unwanted behaviours that are being spurred on by screen time can be reduced by being more mindful about how everyone is interacting with their tech.

Madigan recommends that all households create a family media plan that establishes boundaries around screen time, including where and when they can be used. A few foundational rules should include no screens during meals or an hour before bedtime and to avoiding having them on as consistent background noise.

Before the screens get turned on, discuss exactly how long they’ll stay on and what content they’ll be airing. If need be, consider setting a timer as an "objective" party. Just make sure that if your kid is doing something, like playing a game, that requires a wrap-up period, you factor in some time for that.

Once those boundaries have been set, enforce them, "Consistency helps children know what to expect," says Madigan who explains that when, day after day, you turn off the screen at the agreed upon time, “It doesn’t come as a surprise to the child and you may see fewer behavioural outbursts as a result.”

You might also find yourself cringing at your kid’s behaviour because they are imitating actions and words they’re exposed to on screen. A way to mitigate that is to practice co-viewing, says Warshawski. “When you see things are unrealistic or anti-social, prompt the discussion about it,” says Warshawski. He encourages parents to keep a close eye on content in order to minimise the chance that your child will be consuming materials that don’t match your values.

When Heinl took away Lucas’ iPad, the first week or so was rough, complete with tantrums where Lucas screamed for the device. But despite her son’s demands, Heinl stayed calm and pushed through, “I knew it would be worth it in the end.” Now the iPad spends its mornings tucked away and a sense of cooperation has mostly returned to Heinl’s mornings thanks in part to an adjusted schedule that gives her the opportunity to have one-on-one time with her son over breakfast. Lucas does occasionally ask for the tablet but Heinl is staying firm; the iPad’s appearance is limited to around four hours a week and never before school.